More and more commercial buildings have started installing rooftop solar systems, and so should you. There are brilliant monetary returns that you will earn. Does this pique your interest? Would you like to learn a little more about the reasons why commercial rooftops are so profitable?

If so, dive in – this guide will walk you through everything you need to know about putting commercial rooftops to use and reaping the benefits of installing a solar system.

What’s the best way to put your commercial rooftop to use?

So, before we walk you through the benefits of installing a solar system on your commercial rooftop, we’re walking you through all the necessary bits about the concepts of “with net metering” and “without net metering”.

#1. A solar system with net metering

When the commercial rooftop does not have space shortage, a solar system with net metering is the most profitable option. A net meter is also known as a bi-directional meter.

Although the solar system produces electricity from 9 AM to 4 PM, the hours between 11 AM to 2 PM are known as the peak hours. During these hours, the surplus energy produced is transferred to the grid. By surplus, we mean the electricity that’s not being used at the time of generation.

At night, the commercial establishment imports electricity from the grid. This energy exchange (export during day time and import during the night) is recorded by a net meter. The net meter is like a ledger that keeps a tab of the power exchange.

#2. A solar system without net metering

The electricity that’s generated is consumed within the establishment. There’s nothing extra left to be exported to the grid. Hence, there’s no net meter installed in this type of solar system because it isn’t needed.

What are the benefits of installing a solar system on your commercial rooftop?

Now let’s catch the snake by its tail – why are commercial rooftops profitable? The following three benefits will clarify all your doubts and answer all your questions. Have a look!

#1. You become energy independent and save a lot of money

If there’s one thing that just gets costlier and never gets affordable, that’s electricity. When you install a solar system on your commercial rooftop, your rooftop becomes the source of power generation. The electricity that the solar panels produce is free because sunlight is free.

This is the reason that despite the upfront installation cost, the amount is recovered within a few years. On top of that, the system has a life of 25 years and it continues working at an efficiency of at least 70% even after 25 years. Which means you will get free electricity for decades. Hence, you will save lakhs and lakhs of rupees that you can use for upscaling your business.

#2. RPO obligation will no longer be a concern

In order to reduce pollution, the government has made it mandatory that all industries have to purchase some amount of energy from renewable sources. When you have a solar system on your commercial rooftop, all your electricity is already coming from renewable energy sources – in this case, the sun.

#3. You’re no longer the reason behind global warming

More than households or housing societies, it’s commercial establishments that release toxic gasses into the atmosphere. These greenhouse gasses are the reasons behind global warming and pollution.

When you have a solar system on your commercial rooftop, you’re no longer the cause of pollution.

Here’s an interesting fact about solar systems that you need to know:

One kilowatt of a system equals the goodness of planting fifteen trees. Now imagine the impact that your system would have on the atmosphere. Being a clean, green company will also boost your brand value.

Myths that need to be busted

Here’s a bonus section that everybody willing to install a solar system on their commercial rooftop should read.

Installing a solar system on a commercial rooftop is one of the best investments. Not only will you save a lot of money but you will also be doing a big favor to the environment.

In fact, when carbon emission is reduced, it means fewer and fewer diseases. Did you know that the higher level of carbon is the leading reason behind deadly health problems such as tumors? When you’ll have a solar system generating electricity for you, you’ll be the planet’s hero all the while saving a lot of money.

Besides, sooner or later, everybody will go solar because fossil fuels will exhaust some day or the other. So, why not go solar now and put your commercial rooftop to use? For the environment, for the sake of the future generation, for saving money – if not now, when? 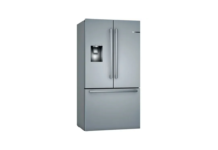 Looking Ahead to 2023: How Can You Ensure Your Home Decor Moves with the Times? 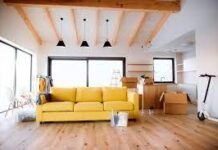