Vitamin D3 is able to help the absorption of phosphorus, calcium, and other elements in the digestive tract. People who consume foods that contain enough vitamin D have stronger bones and a smoother metabolism than people who are deficient in vitamin D3. Everyone can check blood levels of this vitamin by using 25-hydroxyvitamin D3.

The adequate vitamin D3 threshold varies from 20 – 50 ng/mL. If the test report results show a result of less than 20 ng/mL The deficiency of this vitamin in extreme cases can cause tumors, hypertension, and cardiovascular disease. You can get enough vitamin D3 from the source of tuna, cod liver oil, and so on. The need for this compound in the elderly is getting higher so that a deficiency can have an impact on triggering hypertension.

The next question that often comes to mind is how much vitamin D do we need? Some experts explain that the consumption of vitamin D should be based on age. For example, a newborn to the age of 1 year will require 400 IU. Children who are older than 1 year to their teens need this compound up to 600 IU.

While people who have entered the elderly age of more than 70 years require consumption of 800 IU. Also, try not to consume too much vitamin D because it can have a negative impact on the body as well.

The causes of a person experiencing hypertension can be very many and one of them is due to a lack of vitamin D. The impact of increasing blood pressure due to a lack of this vitamin usually occurs in people aged 70 years and over. Some people begin to feel symptoms at an earlier age, such as 65 years. Based on research published in VOA 2014, researchers found that taking vitamin D supplements as recommended by doctors can help reduce elevated blood pressure.

This can prevent the occurrence of other diseases that are more dangerous, such as heart disease. In a study led by a nutritionist at the University of South Australia, Elina Hypponen, she explained that in a study involving 150,000 Europeans, there were two genetic types.

The first genetic allows a person to have more vitamin D content so that there is a low risk of experiencing high blood pressure. The first genetic variant makes people who have the gene lower the risk of developing heart disease or diabetes. The second genetic variant has a low vitamin D content, so it is more at risk of developing hypertension, obesity, and also heart disease.

Meanwhile, based on the results of a study published to NCBI by Silu He and Xiyuan Hao (2019), it was explained that vitamin D3 supplements are indeed useful in controlling blood pressure, especially for people who have hypertension problems. Some people who are susceptible to hypertension are the elderly and overweight people. However, the decrease in blood pressure did not occur significantly with oral administration.

The decrease in blood pressure in hypertensive people occurs in the systolic and diastolic sections. Meanwhile, people who suffer from vitamin D3 deficiency only have an effect on reducing systolic blood pressure with oral vitamin D3 consumption based on the study. 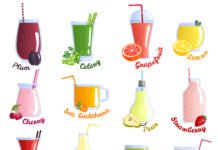 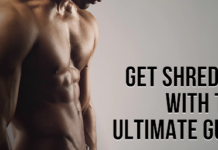 Get Shredded with This Ultimate Guide. 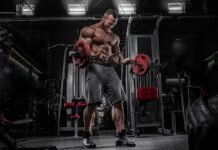