When it comes to unconventional music and introspective songwriting, Lorde is the queen in this music field.

Even though only 26 years old, Lorde already has 2 Grammy Awards, 2 Brit Awards, and even a Golden Globe nomination. This excellent performer has sold more than 5 million albums around the world and has been on Time’s list of most influential teens in 2013 and 2014 while she also was part of Forbes 30 under 30 edition for 2014.

The facts say it all, so let’s see which are the top 5 tracks you should listen to immediately if you like unconventional music.

Lorde addresses her first major heartbreak with this track, which is part of her second studio album ‘’Melodrama.’’ However, it’s still an optimistic song in a way since even though she is looking back at painful memories of an unfaithful ex, she also looks to the future. In fact, Lorde’s waiting for a ‘’green light’’ to keep going in her life.

‘’Green Light’’ has a hopeful vibe, energetic keys and thumping drums, but it also has the most important ingredient, Lorde’s fantastic singing voice. The combination of various sounds in ‘’Green Light’’ makes this song even more beautiful, and it’s probably a good track if one is trying to get over a breakup.

Lorde herself has also stated that this popular song is her favorite one from her second studio album. Since it has over 167 million views on YouTube, it’s not a surprise that tickets for events for Lorde’s shows are in huge demand every time she announces live performances.

‘’Team’’ is another reason why Lorde concert tickets sell out fast since no track on ‘’Pure Heroine’’, Lorde’s debut album, captures the theme of friendship better than this track.

In this beautiful song’s lyrics, Lorde looks over her kingdom as a ruler who calls for her subjects to find pride in their place of residency and their opinions as well. This famous song is also important since she represented the light in a time when most popular songs were party pop tracks that told music fans just to have fun and not do anything. Not that there’s anything wrong with having fun, but it’s nice when something refreshing and meaningful shows up on the music scene.

This song came out back in 2013, a time when there weren’t many performers with a similar style like her’s, and it’s fair to say that she is still authentic, even today.

Stoned at the Nail Salon

Lorde’s third studio album is titled ‘’Solar Power’’, and one of the best songs, if not the best is ‘’Stoned at the Nail Salon’’. With a slight change in her music style and implementing various music genres, this track is also an excellent representation of how great performer Lorde is. This track is both chill and existential, and most certainly deserves a place on this list.

Of course, as many other Lorde songs, this one also has a sense of melancholy while it talks about life’s simple joys but also about how getting older is a blessing and a curse.

In fact, this is a folk ballad where she reflects about getting older, and music critics had different feelings about this track. In essence, some said it was great while others didn’t like it so much, but hey, who cares what critics think if the music fans love the song, and they most certainly do.

It would be a shame not to put ‘’Royals’’ on this list since it’s Lorde’s fantastic debut single.

Even though marking her beginning, this song debuted at number one in New Zealand and even topped the Billboard Hot 100. Such success is something unique for any newcomer in the music world, but it’s even more impressive when it happens at a time when Miley Cyrus’s ‘’Wrecking Ball’’ and Katy Perry’s ‘’Roar’’ were highly popular.

This amazing track provides a playful critique of the luxurious celebrity culture with its wise lyrics and a minimalist beat. As ‘’Pure Heroine’’ suggests, only friendship can ‘’buy’’ happiness, but not money. Of course, like every other human being she also isn’t immune to materialistic needs, but she certainly says that not every desire should be acted upon.

Some say that ‘’Ribs’’ is a song about nostalgia according to its beautiful lyrics, but as with every great art piece, one can interpret it as they desire or need. This song is entrancing and emotional while it’s also a great reference about getting older and missing people from one’s childhood.

As you probably already noticed, various Lorde’s songs have contrast, as it was with getting older is both a blessing and a curse in ‘’Stoned at the Nail Salon’’, here, it’s both like a dream and a nightmare.

This wonderful song may not have massive popularity or an electrifying debut such as some other Lorde’s songs, but true Lorde fans love this track. Believe it or not, she was only 16 years old when she wrote this song.

It’s extremely challenging to put an order on this list and state which of these five songs is number one or number five. Still, one thing is for sure, all five are beautiful Lorde songs who deserve to be on a top five list.

Be as it may, now you know the top five Lorde songs you should listen to, so hurry up and buy Lorde tickets to enjoy her both calming and electrifying live performances. As we already said, she is the perfect artist when it comes to contrast in the most beautiful way! 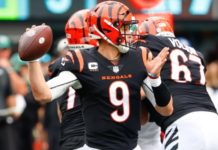 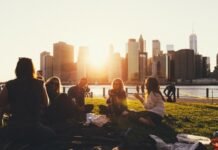 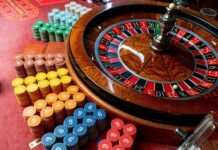