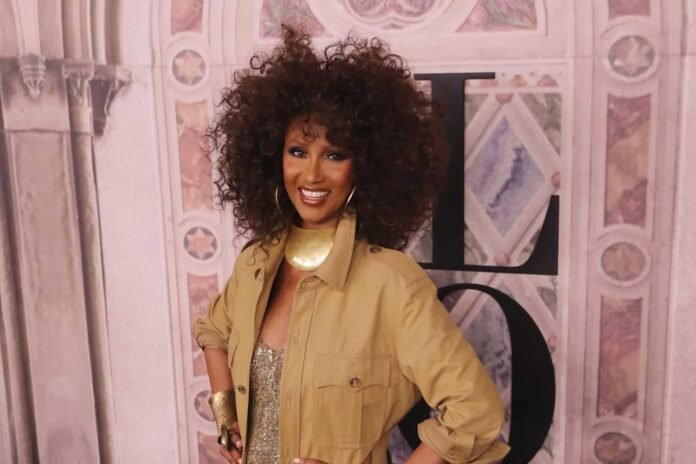 Somali-born Iman is well-known as a fashion icon, businesswoman, supermodel, and wife of the late David Bowie.

As one of the first models of color to make it big in the Western fashion industry, her legacy is huge for this reason alone. However, her life in fashion has known virtually no bounds. Her roles as model, muse, designer and author are just a few of the ways she has influenced the fashion world since the 1970s.

Today, Iman is still a striking presence in the industry. Here we ‌ look at her achievements, presenting five reasons to admire Iman. We’ll review some of her best-loved outfits too, which vary widely — from golden gowns, street style to afro chic clothing .

Iman: A life in fashion

Iman was born in Mogadishu, the capital of Somalia, in 1955. Zara Mohamed Abdulmajid was her given name at birth, but it was later changed to Iman at her grandfather’s request.

Her father was a Somali diplomat, her mother a gynecologist and their busy lifestyle working in Saudi Arabia meant that Iman often lived with her grandparents. She later studied in an Egyptian boarding school.

With political unrest in Somalia, Iman, her mother, and her siblings moved to Kenya.

A bright and engaged student, she learned to speak five languages. Iman began a political science course at the University of Nairobi in 1975 at age 20. However, she did not complete the course. It was here that she was spotted by fashion photographer Peter Beard, and her life suddenly took on a very different course.

Iman moved to New York and almost instantly found success as a model. Within a year, she was modeling for Vogue. Global stardom followed and Iman became one of the most photographed faces of the 1980s and 1990s.

That was just the beginning of Iman’s life in fashion.

Since Iman was thrust into the spotlight in the 1970s, she’s wowed the globe with her multiple talents and incredible beauty. Here’s how.

Iman made her modeling breakthrough in the late 1970s and was one of the world’s best-known models through the 1980s.

In 1981, Iman accompanied Calvin Klein to the Met Gala in a burnished metallic gown created by the designer himself, along with oversized gold hoop earrings. It was one of her first big moments in fashion. Throughout the 80s, Iman exuded elegance and charm whilst still enjoying the bold, exuberant outfits we all expect of fashion from this decade.

By the time she retired from modeling in 1989, Iman had married rock legend David Bowie. Together, they were one of the most glamorous and best-known couples in the world. Throughout the 90s, they were photographed at some of the most exclusive events on the global party circuit.

What was Iman wearing through the 90s?

Always ultra-glam, Iman was fond of silks and satins. Bias-cut gowns were one of her go-to party looks. She was never afraid of color, rocking every color of the rainbow.

Being the 90s, the minidress was also a key look. For daytime, Iman was often photographed in suits which she made look effortlessly glam. Leopard prints were also one of her favorite looks. A pop of leopard print under a white street style suit appears in one of the most loved photographs of Iman from the 90s.

Now in her 60s, Iman still dresses impeccably. Her Instagram account features snapshots of her love for print in every possible style and color: vibrant florals, tribal brand clothing, and even the occasional animal print throwback to the 90s. She attributes her love of clashing but harmonious color to working with Yves Saint Laurent.

In late 2021, Iman stunned fashion lovers with an incredible outfit for the Met Gala once again. Her gown can only be described as goddess-like. The gold dress, a collaboration between Harris Reed and Dolce and Gabbana featured both a caged skirt and show stopping golden halo-style headpiece. It showed, once again, that Iman can constantly reinvent her look without losing any of the glamor or sophistication for which she is known.

It’s well known that Iman was the inspiration for many of the 1980s collections created by fashion greats such as Versace, Thierry Mugler and Yves Saint Laurent during her years as a model.

She was, and still is, incredibly striking. Her beautiful swan-like neck, incredible bone structure, long limbs and impeccable posture mean that she looks amazing in any outfit. Iman was and is a photographer’s dream. She even captured the eye of artist Andy Warhol, who regularly photographed fashion’s elite through the 1980s until his death in 1987.

Iman also changed the fashion industry forever, being one of the first black women to reach stardom as a model. However, her success alone was not enough for Iman. She recognized that there were not enough non-Caucasian women on the catwalk. Recently, she has spoken of the unwritten rule in the early days of modeling that only one black model could be cast on one show, if at all.

Along with fellow black model and friend Beverly Johnson back in the 1980s, Iman strove to change this. She fought for her rights to equal pay with white models and did everything she could to change the balance. She still campaigns for diversity in the modeling industry. More recently she and fellow ex-models Naomi Campbell and Bethann Hardison have used social media to highlight the lack of models of color.

During her modeling career, Iman was sometimes expected to bring her own makeup or mix her own foundation. Makeup artists of the 80s were ill-equipped for non-Caucasian skin. It was this experience that inspired Iman Cosmetics.

Launched in 1994, the company brought the first mainstream skincare and makeup collection for all women with skin of color. They led the way in improving the range of shades available to reflect the diversity of skin color. Today, Iman Cosmetics’ products are still available in major drugstore chains and thankfully, many other cosmetic companies have caught up.

During her career, Iman has lent her support to many charities. Many of these reflect her roots as a child in Somalia and her need to flee the country to Kenya to escape war. Her work has included campaigning for Save the Children and UNICEF Go-2-School Initiative/Somalia. These are both charities that work with children in Africa, tirelessly seeking to improve their lives and education.

Her work with the Dr. Hawa Abdi Foundation looks to improve health, housing and education in war-torn and famine-stricken countries. Dr. Hawa Abdi was a fellow Somali. Iman is also actively involved in Hope for Congo which works to end the deadliest conflict since World War Two.

Iman currently holds the important role of Global Advocate for CARE. This organization aims to overcome poverty and create a world where all people live with dignity and secure, safe lives.

As well as being a model and muse, businesswoman and philanthropist, Iman has many more talents that are well recognized.

She has regularly appeared in cinema and on television. You might have seen her in blockbuster films like ‘Out of Africa’ with Robert Reford and Merryl Streep, or in ‘No Way Out’ with Kevin Costner.

Iman played a shapeshifter alien in Star Trek and appeared in the popular TV show ‘Miami Vice’. More recently she worked as a host and presenter on shows such as ‘The Fashion Show’ and ‘Project Runway Canada’.

Iman is also a talented designer herself. Through Iman Global Chic, she offers her exclusive range of handbags, accessories and jewelry. Her homeware company, Iman Home, draws inspiration from her travels and her African roots to produce contemporary and chic fabrics and home decor.

She’s a published author too, with books that further her work in highlighting beauty in diversity. ‘I Am Iman’ is an illustrated autobiography that follows her career in fashion and beauty. ‘The Beauty of Color’ is both a guide and celebration of the spectrum of skin tones.

Multiple awards have recognized Iman’s contributions to the fashion industry from the 1970s to the present day. These include the Fashion Icon Lifetime Achievement Award from the Council of Fashion Designers of America (CFDA) in 2010. This award is only given to select individuals whose ‘signature style has had a profound influence on fashion’.

In 2019, she was awarded the Franca Sozzani Award during the Venice Film Festival. This award recognizes women who stand out for combining their artistic contributions with social and humanitarian commitments. Like all other winners, Iman has used her profile and fame in the fashion industry to shine a spotlight on vital global issues.

Iman shows no signs of slowing down, even after over 40 years in the fashion industry. Through her creative, business and humanitarian interests, she continues to demonstrate impeccable style and sets trends with her vibrant, eclectic tastes.

We can be sure that we’ll see more great things from Iman.

Ethiopian-born and Dubai-based fashion designer Feiruza Mudessir discovered her curiosity to mix the traditional with contemporary at a young age, and this has become the trademark of her designs for Finchitua today. With her unique style standpoint, she served the VIP Color Forecast Panel 2017 for Al Jazeera Paints Company and VIP Color Forecast Panel 2019 for Asian Paints Berger. Ms. Mudessir is a shortlisted nominee for the prestigious Fashion Scout London 2018.

Floor Waste Trap: A Useful thing for your Bathroom

How do I select the most effective extendable shower head?