Solar panels operate by converting the energy they produce into power for your home. There are two ways by which you can use the power. You can either use hybrid systems and entirely disconnect from the grids or stay linked to them. When your solar panels are wired to the grid’s power lines and have a backup battery system to store the extra electricity, the system is referred to as a hybrid one.

Solar panels use an inverter to convert the solar energy they absorb into electricity. The electricity then either supplies to your house, your battery, or the grid. A hybrid solar system offers the benefit of ensuring constant access to electricity.

If there is any energy left over after all of these stages, it is transmitted to the grid. The hybrid solar system combines grid-connected and off-grid solar power. This offers the benefit of allowing you to connect to the electric grid simultaneously and provide your home with enough backup power to run large loads in the event of blackouts.

The fundamental concept behind a hybrid solar system is that you produce electricity from your solar panels while the Sun is shining and store it in a battery. When your battery is fully charged, you can utilise any extra solar power to power your home’s appliances. If there is any extra power, you can export it to the utility grid as well.

When your utility grid is shut off, you will use the stored energy in your battery as a source of backup power. All the advantages of a grid-tied system are available with hybrid solar systems, which also offer power backup in the event of a power outage.

The on-grid solar system turns off during a power outage. You need additional components in order to generate electricity, as solar panels and batteries by themselves are insufficient.

The Following Are the Components Of A Hybrid Solar System:

Any power system would undoubtedly use some of its power generation for heating, but since these systems segregate their heating and power generation functions, they are more efficient than conventional power systems. The photovoltaic cells will, therefore, only be able to convert the solar radiation from the sun into electrical energy to a 20% electrical efficiency.

The surface temperature of the modules will be decreased, extending their lifetime, because these systems are made to transfer the heat absorbed from system surface areas toward heating purposes when appropriate. Well, it does improve the system’s overall efficiency, but the solar collector’s efficiency will suffer as a result of the low surface temperature.

In case you are looking for a hybrid solar inverter, you should definitely check out the widest collection of Luminous. Rigidly following the ideology, “solar ka simple solution, Luminous lets you choose the right solar inverter for your unique needs.” 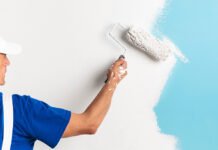 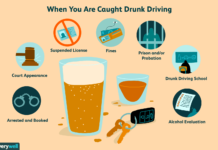