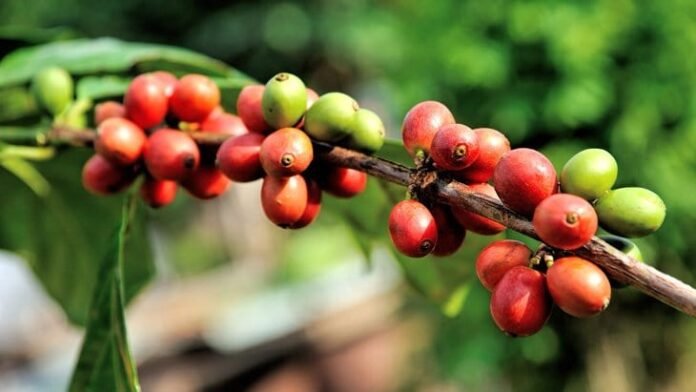 Coffee is now an essential part of our daily lives. The rich, dark liquid seems to be the center of the universe, and many people would agree that their day doesn’t start until they’ve had that first tasty cup. But most people haven’t stopped to think about where coffee beans come from.

You’re in the right place if you want to know about the beans in your coffee. We’ve put together this guide to tell you everything about coffee beans, so keep reading to quench your curiosity about coffee awareness.

What Is the Best Place to Grow Coffee?

According to Statista, Brazil, Vietnam, Colombia, Indonesia, and Ethiopia are the five countries that produce the most coffee, although coffee may be grown in an incredible number of countries.

These nations are responsible for producing the great majority of coffee beans, and the beans that are grown in each of these regions have distinctive flavor profiles. Between the tropics of Capricorn and Cancer lies the region of the world known as the Bean Belt or Coffee Belt. This belt gets its name because coffee is grown in this region.

How Are Coffee “Beans” Produced?

The word “coffee bean” is a misnomer, as coffee beans are the seeds of a coffee cherry! In about a year, these seeds grow from seedlings to a flowering coffee tree, and after 3-4 years, they bear fruit. One or two seeds are present in the cherries that grow.

Coffee trees grow in the shade of other trees by nature, which is unusual for plants. They can survive for several years and often reach the age of 40. Due to a lack of land and the need to keep up with rising demand, farmers began cultivating coffee plants in the sun in recent history. The desire for increased output has reduced output per plant and a more significant resource drain.

What kinds of coffee plants exist?

There are two distinct varieties of coffee plants, each of which can produce coffee beans.

About three-fourths of the world’s coffee is Arabica, which dominates the industry. The world’s leading coffee producers, Ethiopia, India, Guatemala, Colombia, and Brazil, grow arabica coffee.

Arabica beans are used in the roasting process by most specialty coffee brands, notably those specializing in blonde roasts.

On the other hand, Robusta thrives at lower altitudes and is less susceptible to pests than the arabica coffee plant. As a result, Arabica is more difficult to grow and more expensive to produce.

Many coffee connoisseurs favor Arabica because of its distinctive flavor.

The roasting procedure helps compensate for the lower caffeine content of arabica coffee. Caffeine content is higher in lighter roasts like gold coffee than in deeper roasts.

The plant Coffea canephora is the source of Robusta beans. There’s a rising competition between Vietnam and Brazil in the production of Robusta coffee.

Robusta is substantially less expensive to produce than Arabica, despite being utilized in less coffee worldwide. Unlike Arabica, the plant is more resistant to disease and grows more swiftly.

As a result, the cultivation of Robusta coffee is usually a more straightforward procedure in tropical rainforests and lowland valleys.

However, finding a high-quality Robusta coffee might be a challenge. Even though Robusta plants appear to be easy to grow, they require a specific temperature range of 75-80 degrees and a lot of water to produce fruit.

The flavor can become more bitter than its average level if these parameters are not met. Some individuals prefer Arabica beans because they are less bitter.

The high caffeine level of Robusta makes it popular in several recipes. In both instant and espresso, you’ll find it.

Most coffee shops employ a blend of Arabica and Robusta to give it a more substantial caffeine spike while smoothing out the flavor when making espresso. It’s a common ingredient in flavored coffee as well.

Where do the Starbucks coffee beans come from?

Are Starbucks’ famed coffees made with Robusta or Arabica coffee? You guessed correctly if you said arabica beans. Starbucks only uses arabica coffee (Coffea arabica) because of its distinct flavor.

Three key coffee-growing regions in Latin America, Africa, and Asia-Pacific supply Starbucks with arabica beans. Despite this, most of their well-known different flavors originate in the Asia-Pacific region.

In the past, Starbucks has purchased its coffee beans from nations such as Guatemala, Rwanda, and Timor, according to its website.

As the company’s first hybrid site, Starbucks Reserve will sell beans sourced from all around the world, such as those grown in Uganda and Kenya and Vietnam, Brazil, and Colombia.

A decade ago, Starbucks went to great lengths to repair its image and improve the coffee industry’s procedures after a PR disaster. Coffee and Farmer Equality, a program that works together with farmers, received an investment of more than $100 million (C.A.F.E.).

You may find more information about their dedication to fair trade principles and responsible sourcing of coffee at their link.

So, there you have it, ladies and gents, how coffee gets from the coffee trees to your home cups. When you go into your local coffee shop to get your favorite coffee, you can fully appreciate the labor of passion that went into every bean, bag, or cup.

How does the process of roasting work?

Green coffee beans, also known as unroasted coffee beans, are subsequently supplied to coffee roasters through a middleman, distributor, or directly. Fairtrade coffee is defined as direct sales without mediators at or above a set price by non-profits like Fair Trade U.S.A.

The beans turn from green to yellow, yellow to light brown, and finally golden brown to dark brown for heavier roasts in 8-14 minutes. The beans are then removed from the spinning cylinder and quickly chilled to stop the roasting. The roasting procedure produces coffee beans familiar to us: dark, aromatic, and tasty!

So, there you have it: every step of the coffee production process, from the seed to the cup! Because coffee plays such a significant role in each of our lives, it is fascinating to learn how it is manufactured and where coffee beans come from. The coffee beans you purchase in a store were most likely grown from seeds first plucked from a cherry that grew on a coffee tree.

After being removed from the cherry, the coffee beans were then processed, sorted, and roasted until they reached their ideal state. After reading this, we are willing to wager that you have a newfound appreciation for the coffee you drink in the morning.

The 7 Demanding Developments in Dubai You Should Invest In 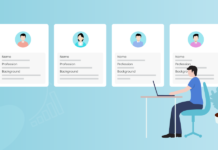 How The Buyer’s Persona Can Help You Reach Your Goals 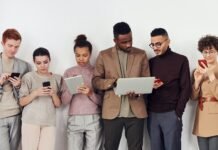 A record number of people have a side hustle: should you get one?