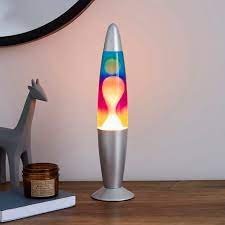 If you are looking for a perfect gift for your loved ones, then you must consider a Lava Lamp. It’s a very popular item that has been around since the 1960s and is still being used today. The reason why we like Lava Lamps so much is because they are fun to look at, but also have many other uses that you might not have thought of!

What Is Lava Lamp?

Lava Lamps are a type of novelty lamp that simulates the appearance of lava in a glass enclosure. They are also known as “glow lamps” and “Astro Lamps”. The term ‘lava’ comes from its resemblance to actual lava, which contains small particles suspended in liquid rock. These particles create light when they absorb energy from an electrical current running through them; this causes them to vibrate at high speeds, creating an effect similar to fireflies or lightning bugs flying around within an illuminated container.

The original Laval lamp was invented by British inventor Edward Craven-Walker in 1963. It has been redesigned many times since then but still maintains its original shape today.

Lava Lamps are a popular cultural phenomenon that was originally sold as novelty items. In the 1960s, Edward Craven-Walker created a clear plastic Lava Lamp with lava-like liquid inside and added a light bulb to illuminate it. He patented his invention and began selling them under the name “Astro Lava Lamps.”

Shortly after Lava Lamp was invented in 1963 by Edward Craven-Walker, it became a household name across America as many people purchased them for their own homes or gave them as gifts to friends or family members who liked decorating their rooms with unique items such as this one!

How Does A Lava Lamp Work?

The Lava Lamp is a classic toy that has been around for decades. They are often used as a night light or to add a calming effect to a room.  It’s easy to see why this quirky item has become so popular: it looks so cool!

The basic principle behind how Lava Lamps work is pretty simple: keep the bulb heated, let some wax melt, and then cool down again. The heat from the bulb melts the wax and the wax rises to the top. Once the wax reaches the top of the glass, it starts to cool down and fall back to the bottom. This happens over and over again, creating a pretty, bubbly effect,”lava” like effect.

What Is Actually In a Lava Lamp?

It’s a liquid, which means it can be made of a variety of materials. The most common material used in Lava Lamps is wax and oil, but you can also find other ingredients like glycerin. Some brands use only one or two different liquids (such as water and oil), while others will combine multiple items into one product (like glycerin and paraffin).

A Full Night with a Lava Lamp (Night Guide)

After dinner, it’s time to head to the bedroom and get cozy with your Lava Lamp. The gentle light and soothing movements are perfect for relaxing before bed. They’re fun, and they can really set the mood. Here are a few tips to get the most out of your Lava Lamp experience at night:

Position your Lava Lamp on a stable surface away from any drafts. A bedside table or nightstand is a great option.

If you find the light from your Lava Lamp too bright, try covering it with a towel or shirt. This will help create a more relaxed atmosphere.

Grab a cozy blanket and get ready to relax. You can also try turning off all the lights in your room and just using the light from your Lava Lamp to create a calming, peaceful environment.

If you want to add to the relaxing atmosphere, put on some soft music in the background. This will help you drift off to sleep easily.

But when you leave your Lava Lamp on for hours, it takes a while for the lamp to cool down. If you do decide to keep it going overnight, however, there are some things that can go wrong. So, what can you do to make sure your Lava Lamp is safe and sound?

Here are a few tips for enjoying your Lava Lamp at night:

Is It Ok To Leave A Lava Lamp Overnight?

It’s generally not a good idea to leave a Lava Lamp on for more than 4 hours at a time. As mentioned above, it takes a while for the lamp to cool down, so if you leave it on overnight, there is a risk of it overheating. The cord may also become a tripping hazard. So, it’s best to unplug your Lava Lamp before going to sleep. Additionally, the color may change as the liquid becomes more solidified and hardens over time. The surface may crack or even break off entirely. And your hand may get burned if you touch the lamp by mistake.

Yes, Lava Lamps heat because they use iridescent light bulbs which produce a lot of heat. Which in turn, makes the wax inside the Lava Lamp rise and fall? It is best to unplug your Lava Lamp when you are not using it and to keep an eye on it if you do use it at night.

Where Should You Put Your Lava Lamp?

The safest place to put your Lava Lamp is on a heat-resistant surface like a table or counter. Children and pets should not be allowed near it, as they could accidentally burn themselves on the hot lamp while playing with it. If you have kids or pets that love to play with things, then this might not be the best choice for them because of how dangerous it can be!

The next step is determining where exactly you want to put your Lava Lamp; a lot of this decision comes down to personal preference.  Some people like to put their Lava Lamps in their bedrooms as a source of calming light, while others prefer to put them in living rooms as more of a decorative piece. Ultimately, it is up to you where you want to place your Lava Lamp! Just make sure to keep it on a heat-resistant surface and out of reach of small children and pets.

You Must Know How Long Lava Lamp Works

When you buy a Glitter  Lava Lamp, there are some things that you need to know about it. First of all, how long does a Lava Lamp last? It depends on the quality of the bulb and also if you use a high-quality refill or not. Use high-quality light bulbs for your Lava Lamp and whenever possible, go for refills because they are cheaper than buying new ones every year or two.

How to Care For a Lava Lamp

If you follow these simple tips, your Lava Lamp should provide you with years of enjoyment!

Your Own DIY Lava Lamp

I think this article on Lava Lamps is enough to help anyone who wants to know about Lava Lamps. The best part of this guide is that you don’t need any special knowledge or background in order to understand what a LAVA LAMP is and work it works. You just need to plug the cord and let the magic happen. 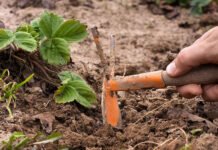 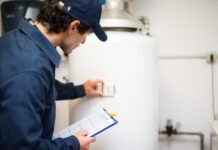