When your oven breaks down, its importance in baking, roasting, and frying becomes immediately apparent. Why isn’t the broiler on my GE oven working? A faulty igniter in a gas oven can prevent it from lighting. Troubleshoot a faulty GE oven broiler with these instructions that explain the issue and how to fix it. If the problem persists, get in touch with GE appliance repair.

Whether your oven is gas or electric, the most common causes of a faulty GE oven broiler are different. Once you’ve figured out what’s causing the problem, a simple fix can get your broiler up and running again. But what exactly is a broiler, and how does it work? If something goes wrong with your oven, knowing how it works will help you discover a solution.

What Does a Broiler Do?

Before we get into what went wrong when your GE oven broiler stopped working, it’s necessary to understand how it works. Unlike baking and roasting, which use radiant heat from both above and below to cook food, broiling only uses heat from above. It does it by heating the interior of the oven with a gas or electric heating element. With quick cooking and intense heat, this creates food with a brown and crispy exterior, similar to grilling.

What are the finest meals to broil? Strip steaks, fish fillets, and chicken breasts all come out juicy and browned. Broiling is also great for finishing casseroles, baked pasta, and slower-cooked meats since it quickly gives them a golden crust.

The most typical cause of an electric GE oven broiler not working is a burned-out broil element. When the oven’s wiring gets electrical current, this metal element on top of the interior generates heat. When the frying element is working properly, it produces a uniform red glow and emits consistent, even heat. However, if the wires within the broil element burn out, the broil element will not heat evenly or at all. The element cannot be repaired in this instance and must be professionally replaced.

The following are signs of a burned-out broil element:

The broiler burner in certain gas ovens is lit by an igniter. The igniter must produce enough power to glow and ignite the gas flowing through the burner in order to do so. The broiler will not ignite if the igniter glow is too weak or does not glow at all.

Keep an eye on the igniter as it tries to fire the broiler. The igniter may be defective if there is no glow or the broiler takes longer than 90 seconds to ignite. It must be changed if multimeter testing indicates an issue with a lack of continuity. 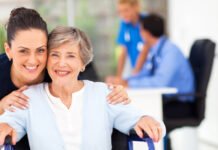 6 Signs Your Senior Loved One Needs a Caregiver 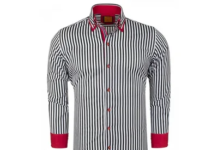 Ways to Incorporate a Classy Shirt in Your Wardrobe 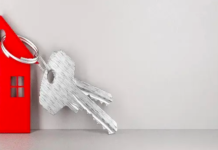 Are you a freelancer – buying your first home?